The Self-Governing Region of Trenčín with surface area of 4 501 km² belongs to Slovakia´s smaller regions. It is situated in the north- western part of Slovakia in the area of middle reaches of the longest Slovak river, the Váh, and the upper reaches of the river Nitra. Both local inhabitants and foreign visitors realize its great landscape diversity on relatively small territory. The White Carpathians and Small Carpathians Mountains - a part of well-known Carpathians mountain range – are dominant features of Region´s landscape. 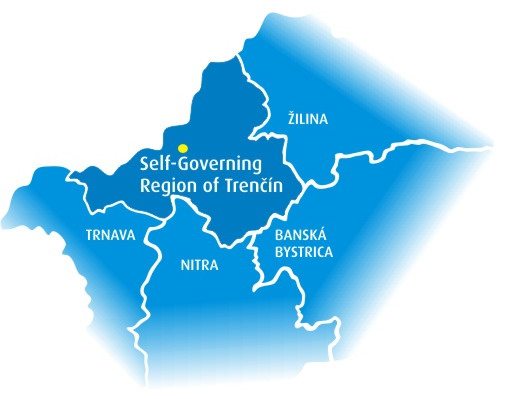